skip to main | skip to sidebar

Some photos and IDs from that evening/night. 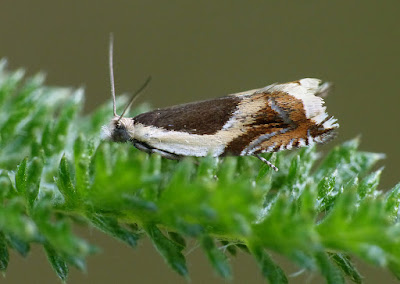 Lots of these Ancylis badiana on North Loop. This one's on one of the abundant Yarrow plants. 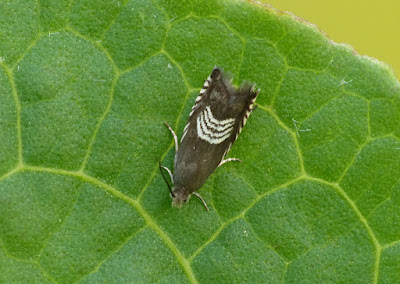 Another common moth here was Grapholita compisitella (or Sergeant and Corporal as Colin calls them). A tiny but beautiful tort species. 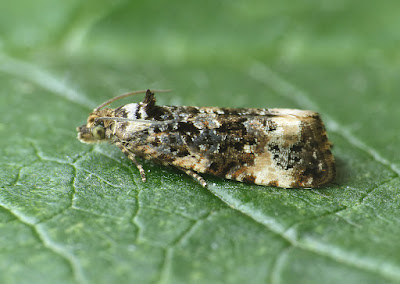 These were also in good numbers but had us all stumped on the night - its seems to me to be a female Endothenia marginana. 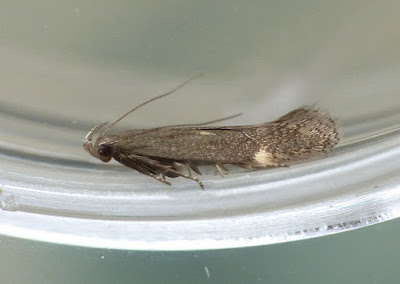 Sometimes the most drab, boring looking moths turn out to be the most interesting as was the case with this apparently non-descript gelechid - Aproaerema anthyllidella which was netted at dusk on North Loop (above and below). 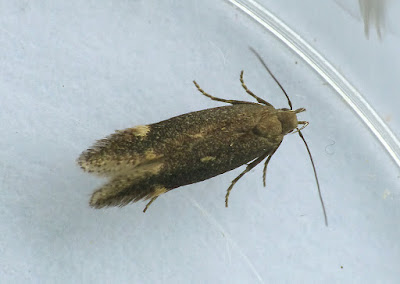 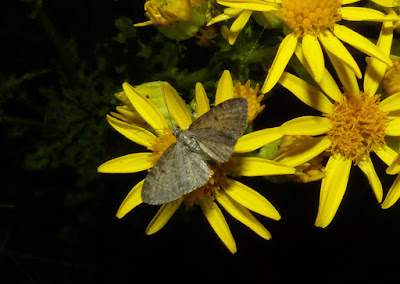 After last Friday's experience with moths on Ragwort I was determined to have a go at photographing some nectaring on it - with some good results for a first effort. Here's a Slender Pug - I think? 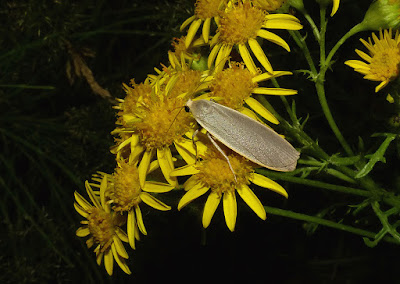 Common Footman. It was amazing how even isolated plants regularly produced moths. 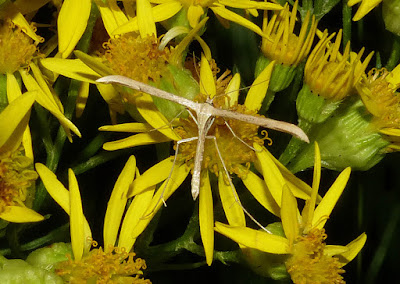 Plumes and pugs were the target species so this Common Plume was a nice find close to a bindweed patch. The marbled minor agg. also on Ragwort was a female so no ID there I'm afraid. 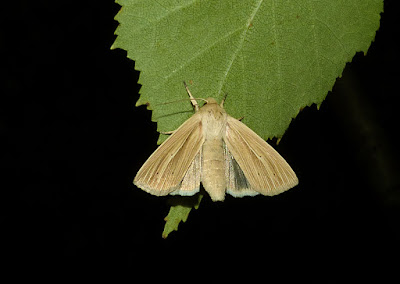 Away from the Ragwort was this Smoky Wainscot resting on Silver Birch showing a flash of the distinctive grey underwings.

Had a walk round Cromwell Bottom LNR with Charlie and Colin last night. We walked over North loop and the Tag loop areas. It  was the first time I had been on North Loop  for a couple of years and was pleased to see the area carpeted with Red Clover , Yarrow , various trefoils and grasses. There were a few moths on the wing with ,Straw Dot ,  Light brown Apple Moth , Shaded broad bar , Yellow Shell , Ancylis badiana , Grapholita compositella , Agriphila straminella , Agriphila tristella , Endothenia marginana. which were classed as abundant. 30 species on an evening stroll.....

Slender Pug looks bang on...We will have to keep a list of species found on Ragwort,,, 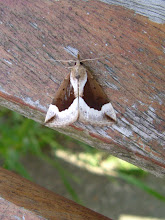 If you would like to join this site please e-mail andrewcockroft@talktalk.net